The folk ensemble «Rozhdestvo» was founded in autumn 1993. And in February 1994 it already becomes a Diplomant of the II National tele radio competition «Voice of Russia» and gets the status of a professional team. In 1996, the ensemble became a laureate of the contest of Russian folk song.

Olga Gurina, Honored art worker of Russia, is the initiator of founding of the ensemble and its permanent artistic director.

In the genre of folk performance it is one of the most promising and brightest teams of Russia. Its main aim is the rebirth and preservation of folk song tradition. Concert programs of the ensemble win the audience with strong professionalism, good taste, and inspired performance.

The ensemble actively cooperates with philharmonic groups, prepares song programs, and takes part in Festivals and concerts devoted to Russian national holidays. One should mention another bright side of the ensemble – study of traditional folk costumes. The participants of the ensemble gathered a rich collection of folk costumes, emphasizing brilliance and originality of stage images.

In their work the artists are based on authentic examples of folk song and dance. Best songs of the ensemble «Rozhdestvo» entered the repertoire collections. 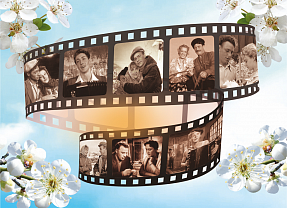 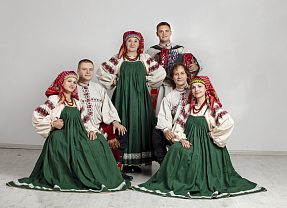